The former NNPC Group MD who admitted the ownership of the loot discovered in his brother’s house in Sabon Tasha area of Kaduna yesterday has been arrested. 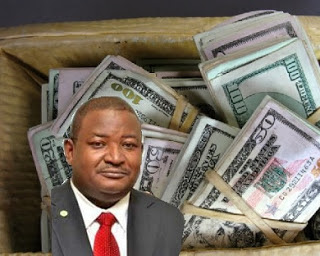 As at the time of this report, he is being detained in an EFCC office in Kano.

During investigation, Dr Andrew Yakubu told the agency that the sum of $9,772,800 and £74,000 discovered in a fire proof safe by the agency is a gift from unnamed sources.