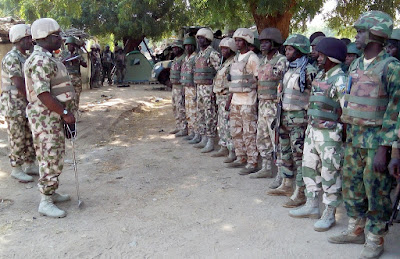 Lafiya Dole Troop lost 7 soldiers when Boko Haram opened fire on them along the Ajiri Dikwa road in Borno state.

The vigilant troop also killed several terrorists in the ambush attack while others fled into the bush.

An AK 47 and ammunition were recovered from the fleeing terrorists.