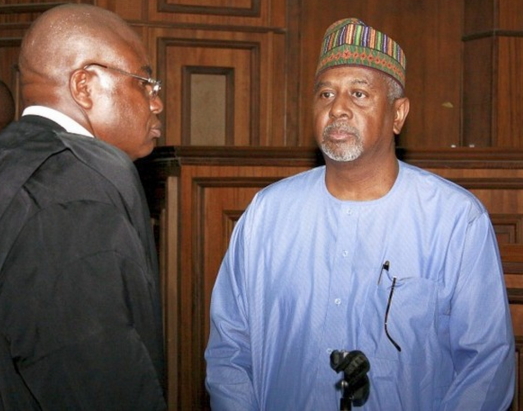 Dasuki who has been placed under house arrest was picked up in the early hours of today at his residence in Abuja.

His arrest was centered around the $2 billion arms contract fraud that happened under GEJ administration.

Dasuki’s arrest was first ordered by President Buhari in November but the retired Colonel resisted it.

If PMB can’t spare his own brother from the North, then no more free rides for corruption in Nigeria.