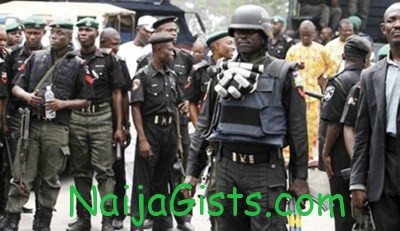 The Nigeria Police Force was yesterday alleged to have been responsible for the extra judicial killing of 7,195 persons in four years.

The Attorney-General of the Federation and Minister of Justice (AGF), Mr Mohammed Bello Adoke (SAN) revealed this while delivering a keynote address yesterday at the national dialogue on torture, extra-judicial killings and national security organised by the national human rights commission (NHRC) in Abuja.

The AGF said that the Federal Government has noted with concern that the police has through the years relied on ‘’Police Force Order 237’’ to commit extra-judicial killings. He said the order which allows the police to shoot any suspect or detainees trying to escape or avoid arrest has led to extra-judicial killings of 7,195 people in four years, out of which 2,500 were detainees.

‘’Although these figures have been stoutly disputed by the police, even the most charitable defenders of the force cannot deny that some dishonourable officers indeed have taken the law into their hands in the most barbaric fashion by killing suspects and innocent citizens’’, Adoke added.

Adoke SAN who further revealed that plans are afoot for his office to take over from the police the power to prosecute any criminal suspect in the courts said the force is peopled by laymen who cannot tackle counsel of defendants in the court.

He said henceforth, the Police would only concern themselves with investigations of criminal acts of suspects, on the grounds that the inability to diligently prosecute offenders and the general state of helplessness for the victims of crime to get justice has led to cultures of self-help.

He also stated that here is no doubt that the rule of law has taken flight in the society which condones a situation where citizens take the law into their hands and summarily try and execute suspected felons.

Adoke also agree that tha apparent slow pace of the criminal justice system particularly the corruption that permeates the system has been identified as the main reason why citizens take laws into their hands.

“I have on numerous occasions listened to or read how disenchanted victims and complainants of an offence are with corruption in the police, how the police can no longer be trusted to conduct a dispassionate enquiry into a complaint, how many complainants suddenly find themselves behind bars in a curious travesty, and how prosecution and trials are slowed by tardiness and ceaseless adjournments.

There is no doubt that a holistic reform of our criminal justice system is long over due. In my humble view the issue transcends the police, ministry of justice and the courts are also complicit.”

‘But, the managing partner of  the ‘’Legal Resources Consortium’’, Olawale Fapohunda disagreed in part with the federal government over its comment on the ills in the police system, saying the approach of the government to police reform has made the police an endanger species.

Fapohunda however dismissed the idea of state police on the grounds that the solution to the problems of crime, insecurity and terrorism in Nigeria is not one federal or state police but achieving a police service which is efficient, honest and professional to the core.