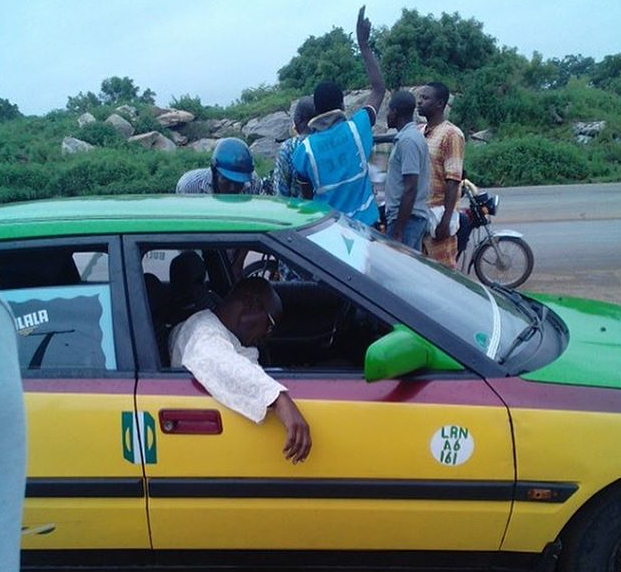 July 26, 2016 – Eyewitness Account: How A Man Died Of Heart Attack Inside Taxi In Ilorin

An eyewitness who recently witnessed the death of a man in Ilorin Kwara state has narrated how it happened.

This is what an eyewitness said:

“Today, I took my precious mum to the park, but when I was coming back, I met people gathered, when I parked, I was told a man boarded a taxi at Dangotte area of Ilorin, Kwara State and died before getting to Offa garage junction, just like a 5-minute drive.

It was so sad, when people called the last calls on his phone, we learnt he was going with them to a ceremony. They later came. But what made me sadder was that, when the man was showing signs of last breath, the taxi driver packed and ran out of the vehicle, told the people around, and he took a bike to a police station.

Its sad, the fear of police trouble made him not to take the man to the hospital, even people who gathered with the man’s friends couldn’t act because of police fear, we waited for close to 2hrs before the police came, took pictures and took him away.

In all, please we must change our laws in Nigeria, must people fear the police more than the life of a dying person? People don’t want to help to avoid police wahala. The man might not have died if timely taken to the hospital. It seems it’s a heart attack. We learnt that he showed no signs of illness before now.”