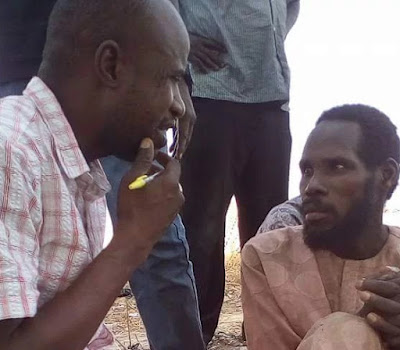 A Boko Haram suspect was yesterday beaten to coma in Mile 2 area of Lagos.

The suspect identified as Musbau Ishola wore a turban on a military cap and also had a long beard.

A angry mob who acted on suspicion beat him to stupor before police operatives on patrol intervened.

A police source said the suspect’s elder brother claimed he is a military officer and that the suspect wore his camouflage.

The suspect has been transferred to Lagos police command headquarters.

Eyewitness Account: How A Man Died Of Heart Attack Inside Taxi In Ilorin
Nigerian Seeking Refugee Status In Canada Says He Was Attacked For Refusing FGM On Daughter