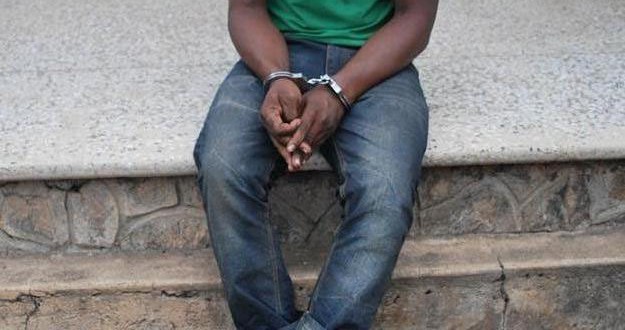 One Victor Eno who was accused of raping his co-worker in Ikeja on Christmas eve appeared before an Ikeja Chief Magistrates Court on Tuesday.

According to Prosecutor, the accused, committed the offence on December 24.

Emuerhi alleged that the accused raped the 22-year-old victim, who works in the same factory with him after drugging her.

“On December 24, Eno drugged his female co-worker after he offered her rice which he had earlier mixed with Indian hemp. The victim started feeling dizzy after eating the rice while the accused assaulted her by penetrating her ’’ he said.

The offence which contravened Sections 261 of the Criminal Law of Lagos State, 2015 carries life imprisonment in Lagos State.

The accused, who lives at 24, Afariogun Street, Ikeja, pleaded not guilty.

Chief Magistrate Bolanle Osunsanmi granted the accused N300,000 bail with two sureties in the like sum.