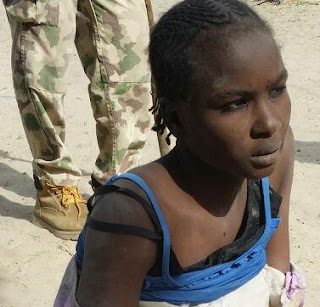 A would-be suicide bomber has surrendered to the Nigerian army in Borno state just as the troops shot her adamant accomplices dead.

The Nigerian Army Command in Maiduguri today said they have averted a major tragedy in the Gamboru Ngala area of Borno state.

In a statement signed by Operation Lafiya Dole Deputy Director of Public Relations, Colonel Onyema Nwachukwu, two suicide bombers were shot dead by the troop while another one was arrested on Tuesday the 9th of January 2018. 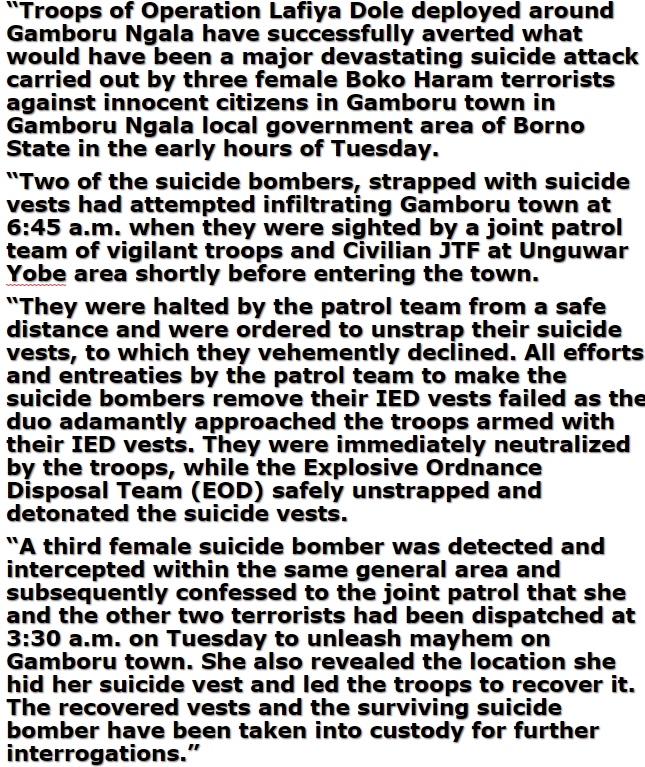