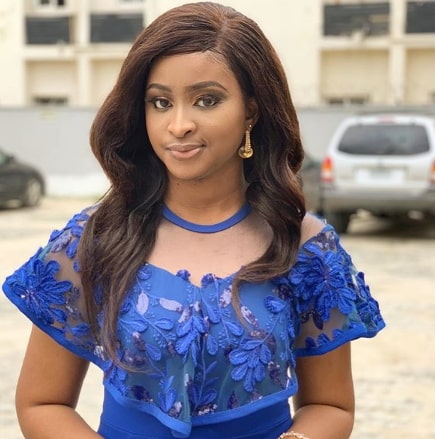 How I Fell For A Fake Caterer – Etinosa Idemudia

Controversial Nollywood recent lost an undisclosed amount of money to an online beggar.

Taking to her social media page, the actress stated that she decided to help a lady who begged for money in the comment section on her page. She said the ‘beggar’ caught her attention and she offered to help her by patronising her business– preparing local dishes.

Here is what the actress told The Entertainer in a recent chat.

“I saw this lady who needed money and I offered to help. I asked her to deliver meals to the movie set I was working on and she said she couldn’t prepare the food because she was in debt and had no money. I agreed to give her the money upfront and she sent a young girl to collect it. On the morning of the delivery, I reached out to her and realised she had blocked me everywhere (on social media).”

“When she knew she could get in trouble for trying to scam me, why bother? She obviously really needed it but went about it the wrong way. It would be easy to trace her if the need was real but that’s one loss I’ve counted. Since the transaction wasn’t done via bank transfer, I can’t trace her through her bank details, but she called me and I have the number on my call log”.

She also stated that she still has a heart to help others.

“I will still help anyone who needs help another day. This one was not so much money but it’s just upsetting that she played that game. It gives me fulfillment to help people in need and one bad case doesn’t mean I won’t help others in the future.”

Jennifer Eliogu To Upcoming Stars: Exceptional Talent Will Guarantee Your Success Not Nudity
My Size Gets Me Good Nollywood Movie Roles – Bold Allwell