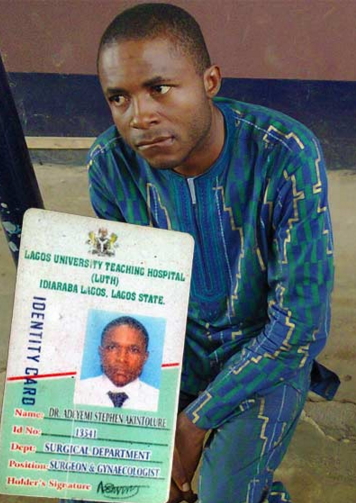 Another fake doctor arrested at LUTH

A popular Gynaecologist at the Lagos State University Teaching Hospital in Idi Araba, Mushin Lagos has been arrested.

43-year-old Adesina Opeyemi has been working as a consultant Gynaecologist at the hospital since 2012 with forged medical doctor certificates.

The resident of 1 Alowolodu Street in Ketu was arrested following a petition sent to the police by LUTH management.