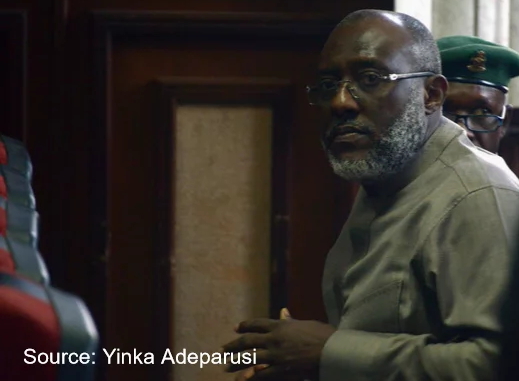 The former PDP chairman has been granted  N400million bail following his appearance at the  Federal High Court in Abuja yesterday.

He was ordered to hand over his international passport and produce 2 sureties with properties in Maitama area of Abuja with N200 million each.

Olisa Metuh is in trouble for collecting a whooping N400million from ex-NSA Sambo Dasuki.