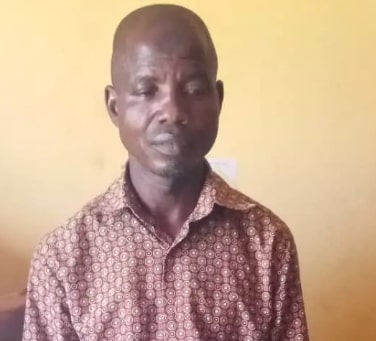 Police in Ogun state have arrested a 56-year-old suspected fake doctor, Jamiu Salahudeen, for allegedly performing an abortion that led to the death of a housewife, Mrs Kehinde Olakitan.

The suspect was arrested after the deceased’s husband reported to the police at the Onipanu division.

He was said to have received a call from one Dupe Odebunmi, who claimed to be a nurse, that his wife was sick and admitted to a medical facility, Mojisola Maternity Clinic.

On getting to the clinic, the deceased’s husband could not find anybody there.

However, on his way back home, he was said to have discovered his wife’s corpse in front of a building near his house.

He said their efforts yielded result when Salahudeen was arrested on October 24, 2019.

“Upon interrogation, the suspect admitted to carrying out an abortion on the deceased, who was brought to him by her friend, Dupe Odebunmi, and said the deceased, a mother of four, died in the process.

“He confessed further that it was out of fear that he dumped the corpse in the front of a house near the woman’s residence,” Oyeyemi said.

He added that Kehinde’s corpse had been deposited in the mortuary of the General Hospital, Ota, for autopsy.

The police spokesman noted that the state Commissioner of Police, Bashir Makama, had ordered the transfer of the suspect to the Homicide Section of the State Criminal Investigation and Intelligence Department, for further investigation and prosecution.

Oyeyemi said the CP appealed to members of the public to always patronise qualified medical practitioners whenever they had health issues instead of seeking medical assistance from quacks.