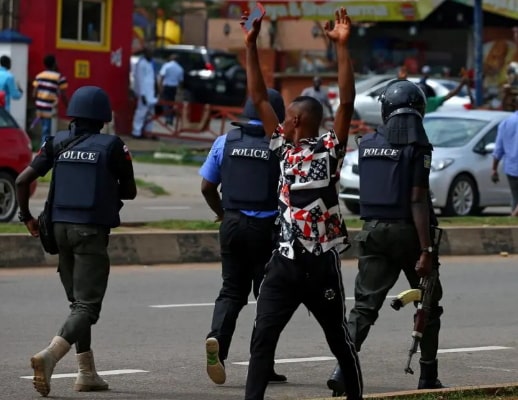 An unidentified police officer has killed his wife for allegedly dumping him.

The police man who lived with his wife, a Prison Warden inside Prison Barracks on Awolowo Road, Ikoyi Lagos killed himself after shooting his wife at close range.

According to concerned residents, the incident happened on Sunday night during a fight in their flat.

The bodies of the deceased have been evacuated from the building as occupants of Awolowo Barracks fled for fear of arrest.