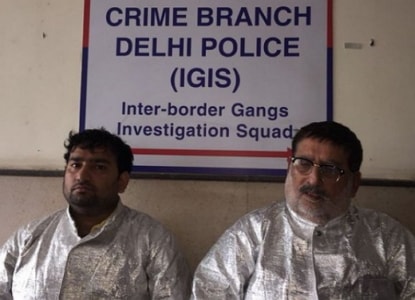 An Indian man and his son have been arraigned for allegedly duping an investor of  £157,600.

The suspects, 30-year-old Nitin and 56-year-old  Virender Mohan Brar reportedly convinced an investor to buy a copper plate they claimed could be sold to NASA for £4.1bn.

Thrilled by their sweet talk, the investor gave them the aforementioned sum.

The bubble butst when the businessman took the invention to India’s Defence Research Development Organisation where it was discovered that the conmen coated a copper plate with liquid magnet and attached small iron wires to it to try and fool their victim.

The duo who have duped close to 30 people in recent years were on Tuesday paraded in their fake space suits. 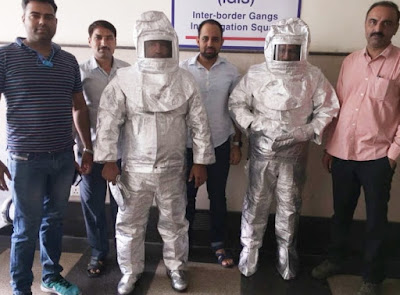 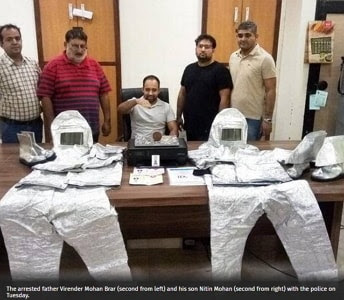