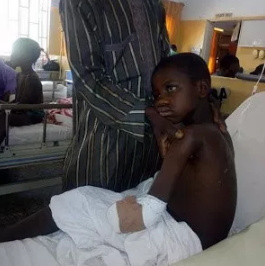 A teacher in Gombe state has been sentenced to 25 years in jail without an option of fine for allegedly causing a young boy’s hand to be infected after he tied them as a punishment for allegedly stealing a cell phone.

According to Human Rights activist Aloui Ibrahim, Zubair Abubakar,12, had  his hands amputated after doctors said they had become infected and gangrenous. 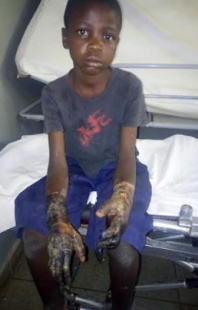 So in order to save his life, both hands were amputated at the Federal Teaching Hospital in Gombe.

His school head teacher, Sirajo Mohammed has been sentenced to 25 years behind bars to serve as  a deterrent to others.