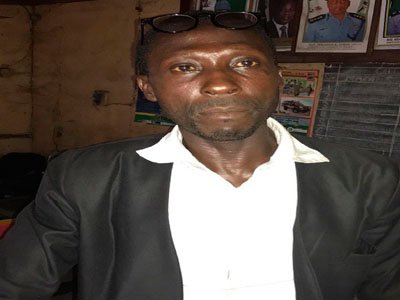 Barrister ‘Uche Julian Nwajiakwu’, a fake lawyer arrested by undercover police operatives on the 25th of May 2015 at the Ojo Magistrates’ Curt has been charged.

Nwajiakwu who had been practicing since 2005 was caught when professional lawyers at the court suspected he was too relaxed while arguing a bail application for his client.

He was on the 30th of May 2018 charged with impersonation.