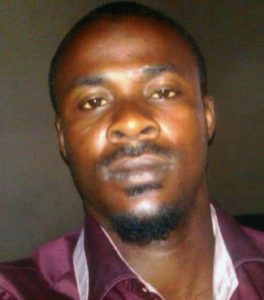 As young as this engineer is, he will spend the rest of his life in jail.

The fake engineer who was arrested back in 2013 for defrauding 101 people looking for place to rent in a building in Alapere area of Ketu Lagos was today convicted of fraud.

According to EFCC prosecutor, the elder brother of the convict is still at large.

Justice Oluwatoyin Ipaye who found the accused guilty of 82 counts of fraud sentenced him to 1230 years in prison at a Lagos High Court in Igbosere this morning.