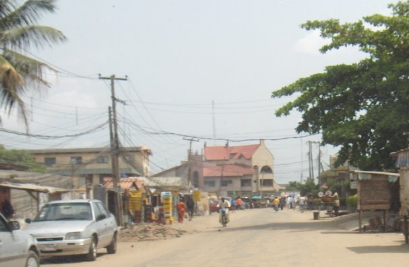 The accused, whose addresses were not provided, are standing trial a two-count charge of conspiracy and stealing.

The Prosecutor, Insp. Clifford Ogu, told the court that the accused persons committed the offences on Aug. 29 at the Abule Market area of Ajao Estate in the state.

He said the accused conspired and stole the child in the market, without the knowledge of the mother, who was a trader.

“The duo were caught with the help of her mother’s neighbour in the market, who intercepted the child, while they were taking her away to an unknown destination,’’ the prosecutor said.

According to him, the offences contravened Sections 287 and 409 of the Criminal Law of Lagos State, 2015.
The accused, however, pleaded “not guilty’’ to the charge.

The Chief Magistrate, Mrs Taiwo Akanni, admitted the accused to bail in the sum of N100, 000 each, with two sureties in like sum.

Akanni said the sureties, who should be relations of the accused, should also show evidence of three years’ tax payment to the Lagos State Government.

She adjourned the case until Sept. 20, for mention.