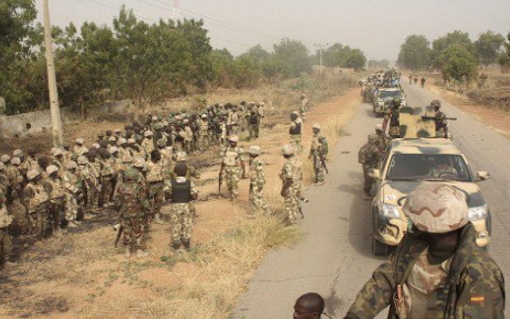 It also received Boko Haram commanders, who surrendered and renounced membership of the sect.

The Command’s Spokesman Isuku Victor said in a statement that the command’s striking unit responded to a distress call of abduction from Biu Area Command, with investigators, undercover operatives and local hunters, which led to the rescue of the victims, adding that arms and ammunition were recovered.

“On August 19, the Area Commander, Biu, reported a case of abduction of six children (four boys and two girls). The command’s striking unit (SARS) and a team of investigators were despatched to the area. The deployment and use of undercover operatives led to the arrest of five persons, who confessed and revealed where the children were kept.

“On September 8, through community policing partnership and networking, the command with local hunters and vigilance group members attacked the hoodlums in a forest near Kumaya village, Buni Yadi, Yobe State.”

“Two of the hoodlums died following injuries sustained in the gun battle. Two AK47 rifles used by the hoodlums were recovered.

The six abducted victims were rescued.

Seven other kidnapped persons were rescued, bringing the number of persons rescued to 13. Two members of the search party were injured during exchange of fire. They are responding to treatment.”

“On September 10, about 2100hrs, the intelligence arm of Special Anti-Robbery Squad (SARS) of the command negotiated the surrender of repentant Boko Haram terrorists with their families.

“Bukar and Modu, from Ngallamari village, claimed to have been held hostage by the sect sometime ago and were conscripted.”

Isuku said five children aged between one and eight were rescued.

He added: “They have made statements that will assist in the counter-insurgency campaign of the military. They are undergoing preliminary profiling, preparatory to transfer to the military.”