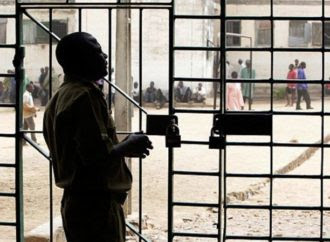 A Makurdi Magistrates’ Court on Thursday remanded a cleric, Elijah Ebimone, in prison for allegedly abducting three girls and turning them to sex slaves.

Ebimone, 32, is facing a two-count charge of abduction and causing miscarriage, punishable under Sections 274 and 233 of the Penal Code, Laws of Benue State, 2004.

The Magistrate, Mrs. Theresa Wergba, ordered the remand of the accused and adjourned the matter till Dec. 28 for further mention.

Her action followed the application for adjournment made by the Prosecutor, Insp. Daniel Suende who said that investigation by the police was ongoing.

Suende told the court that a team of detectives led by Insp. Attai Sule, attached to the State CID, Makurdi, received information about the activities of the cleric on Oct. 20.

He said that the detectives immediately launched an investigation into the matter and arrested the accused.
The prosecutor said that Ebimone, who claimed to be a prophet, had been abducting young girls and using them as sex slaves.

He said that the cleric went all the way to Delta last June and abducted one Victory Mieturda, Dolor Dinah and Esther Young and brought them to Makurdi.
Suende said that the man had deceived the girls’ parents into believing that he was assisting the girls to travel to Ukraine to seek greener pasture.

“However, they got to Makurdi and he turned them into sex slaves impregnating all of them at different times and also causing them to miscarry the pregnancies,” the prosecutor said.