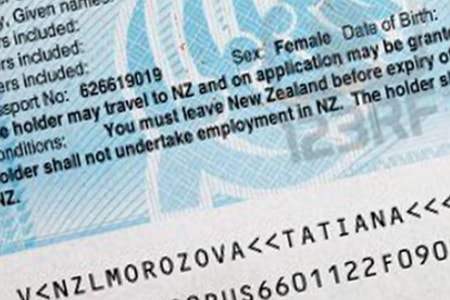 Joyce Okafor, a 37-year-old businesswoman, was on Wednesday arraigned before an Ogba Magistrate’s Court for allegedly defrauding a man of N550,000 by forging a New Zealand Visa. Okafor, who lives at Falalu Lawson area of Lagos State, is facing a four-count charge bordering on conspiracy, fraud and false pretences.

The prosecutor, Inspector Vincent Atagamen, told the court that the accused committed the offences sometime last December at Murtala Mohammed International Airport (MMIA), Ikeja, Lagos. He said: “The accused allegedly collected N550,000 from the complainant, Mr. Ike Chukwuebuka, a University of Lagos undergraduate with a promise to procure him a valid New Zealand Visa.

“The accused, with others still at large, fraudulently collected N550,000 from the complainant, under the pretence of procuring a valid New Zealand Visa.” Atagamen added that the accused allegedly forged New Zealand Visa, with intent that it might in any way be used or acted on as genuine to the prejudice of others. He noted that the offences violated Sections 314(3), 362(1) (b) and 411 of the Criminal Law of Lagos State, 2015 (Revised). Section 314 prescribes a 15-year jail term for false pretences while Section 411 stipulates three years imprisonment for offenders. The accused, however, pleaded not guilty to the charges.

The magistrate, Mrs. F. Williams, granted the accused bail in the sum of N500,000 with two sureties in like sum. Williams said the sureties must be gainfully employed with their addresses verified and evidence of three years tax payment to Lagos State government. She added: “The sureties must be blood relations. One must be a manager of a company while the other must own a property in Lagos.” Williams then adjourned the case till April 24.