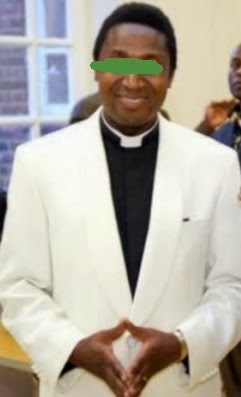 The founder and General Overseer of Faith Alive Christian Centre located at 43, Dada Olowu Street,  Abule Taylor,  in Abule Egba, Lagos State, southwest Nigeria, has been sent to prison for allegedly giving false prophecy to a member of his church.

P.M.NEWS learnt that Pastor Obi Ofoedu, who hails from Abatete in Idemili Local Government in Anambra State, was a clearing agent before he claimed that he had a call from God three years ago to establish the church.

The pastor landed in trouble during the church service after he claimed that he received a divine vision that his church member, Mrs Favour Okafor, would face calamity in her place of work and she can only avert the impending doom if she comes to the church for special prayers.

Mrs. Okafor said she disregarded the prophecy and challenged the pastor for giving her a false prophecy.

She told the pastor that he did not receive the vision from God and nothing bad would happen to her.

This infuriated the pastor who allegedly said that she would be inflicted with stroke and illnesses for doubting his prophecy.

Mrs. Okafor narrated that she left the church in anger and went to report to the police at  Idimu Area ‘M’ Command that Pastor Ofoedu was threatening her life.

When Pastor Ofoedu was arrested, he denied the allegation.

He told the police that he only gave Mrs. Okafor the message he received from God but she was not comfortable with it.

He added that he cannot retract the message because he was only a messenger of God, saying that the complainant should not attend his church if she does not like the vision.

The pastor was subsequently charged to court for conduct likely to cause breach of peace by threatening Mrs.Okafor with illness.

Pastor Ofoedu  pleaded not guilty to the charge.

The presiding magistrate, Mr P.E. Nwaka, granted him bail in the sum of N50,000 with two sureties in like sum.

He was remanded in prison custody pending when he will perfect his bail conditions.