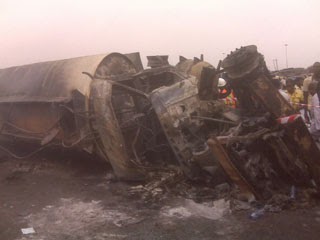 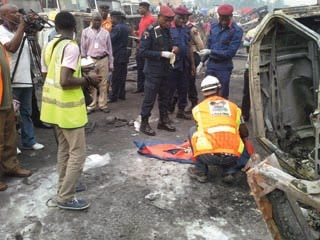 A petrol tanker that exploded on Tuesday night around Berger Suya in Apapa Lagos has led to the death of 9 people.

The explosion burnt a bank, 3 houses and 10 cars.

According to area residents, the incident happened around 11pm last night and the fire was put out around 1 am in the morning.

General Manager, Lagos State Emergency Management Agency, LASEMA, Dr. Femi Oke-Osanyintolu, confirmed that the victims were burnt beyond recognition, saying that the petrol tanker was fully loaded and that it somersaulted and exploded along Apapa Expressway. 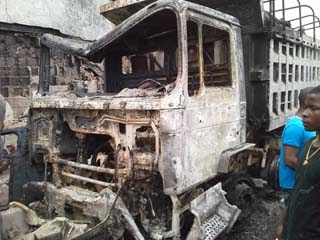 “LASEMA and the fire services took control of the incident scene. We are still at the scene enumerating and assessment is still on for a comprehensive detail,” he said at press time.