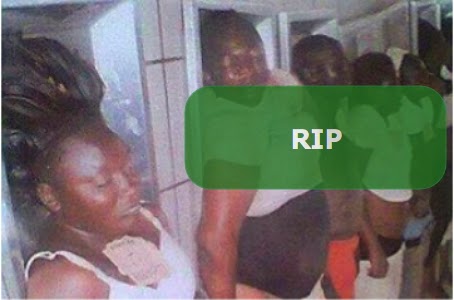 March 19, 2014 – Families Of NIS Recruitment Victims To Get Automatic Employment

Nigeria’s President Goodluck Jonathan on Wednesday ordered the cancellation of the nationwide recruitment exercise by the Nigeria Immigration Service, NIS, during which at least 19 applicants lost their lives and scores of others were injured last Saturday.

The cancellation of the recruitment exercise is coming on the heels of the widespread condemnation that trailed the tragic incident.

The President also ordered the conduct of a fresh recruitment into the NIS.

Labaran Maku, the Minister of Information who revealed this after Wednesday’s weekly meeting of the Federal Executive Council, also said President Jonathan directed that the families of all those who lost their loved one would be given three slots automatically in a fresh recruitment exercise ordered by the President.

One of those to enjoy the automatic employment must be a woman.

Also, Maku added that those who sustained injuries and are currently hospitalised will be given automatic employment in the new recruitment exercise.

Maku revealed that a Committee headed by the Chairman of the Federal Civil Service Commission with membership made up of the CG NIS, representatives of the Inspector-General of Police and the heads of the Nigerian Security and Civil Defence Coprs, Nigerian Prisons Service, State Security Service and the Federal Road Safety Commission will conduct the fresh recruitment exercise into the Immigration Service.

There have been calls for the sack of the Minister of Interior, Comrade Abba Moro, the supervising minister of NIS and David Paradang, the Comptroller General of NIS over the incident which resulted from poor organisation and crowd control that led to stampedes, deaths and injuries at the ttadia where the exercise was conducted for thousands of applicants across the country. President Jonathan had on Monday queried the Minister and the NIS CG over the exercise. The President had summoned Moro and Paradang to his office where he queried them about the exercise.

The President also informed delegates at the National Conference which he inaugurated last Monday that he has ordered investigations into the circumstances that led to the incident.

P.M.NEWS cannot confirm if the President will follow the cancellation exercise up with the sack of Moro as Nigerians were demanding as at the time of filing in this report.

The House of Representatives and the Senate had on Tuesday also asked the President to sack the Minister over the tragedy that followed the recruitment exercise anchored by a consultancy firm Drexel Technical Global Limited.