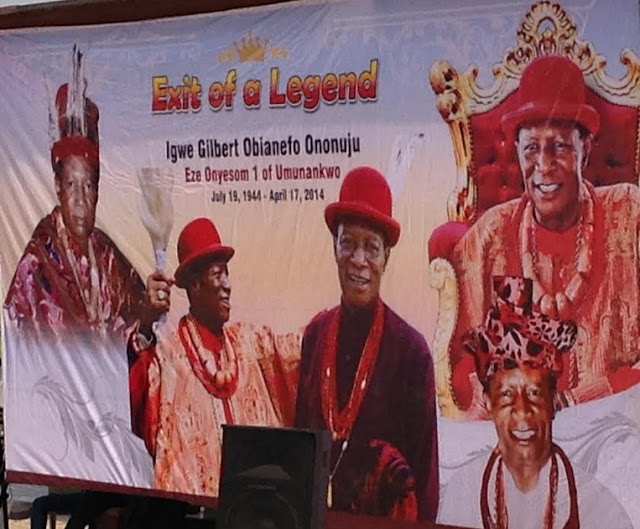 The passing to glorious eternity of Igwe Gilbert Obianefo Ononuju, the traditional ruler of Umunankwo in Ogbaru local Government of Anambra State created a big vacuum in the lives of the people of the town and Anambra State in general.

Preparations for his last Ofala festival was preceded by several weeks performance of rites of passage with regard to the custom and tradition of the land.

With respect to this, the beloved Igwe who endeared himself to the people is surely celebrating a befitting final Ofala as his children, friends,well wishers and the entire community are poised to make it a huge success going by the elaborate arrangement on ground which will climax on the 24th December.

Already, the Igwe’s palace has since taken a new look with huge banners dotting strategic corners. The palace has since the 15th of December become a beehive of activities with the Umueze Traditional Heritage kick- starting the traditional ceremony.

The Oghene and Aligede traditional dancers also featured on the 19th of December. Ndi Otu Age Grade members featured on the 21st which would be followed by the last Ofala on the 24th December 2016.

A statement signed by Prince Emeka Ononuju disclosed that a thanksgiving mass will hold on 25th December 2016 to round off the event.

Torrents of condolence messages have been pouring to the Igwe Ononuju family to commiserate with the family.

One of the numerous messages came from the Senator representing Anambra North Senatorial District, Senator Princess Stella Oduah who described the passing of Igwe Ononuju as a huge loss which impacted on her heavily.

She described the late Igwe as an exemplary traditional ruler who was devoted, achieved a lot for his people and also a gentleman of all seasons.

Unconfirmed sources said the governor of Anambra State Chief Willie Obiano and other high profile dignitaries had sent their condolences to the Igwe Ononuju Family.

One of Igwe Ononuju’s numerous daughters, Princess Nwaka Ononuju said, the entire family would be missing their father dearly but expressed joy that their father lived and died a good man. 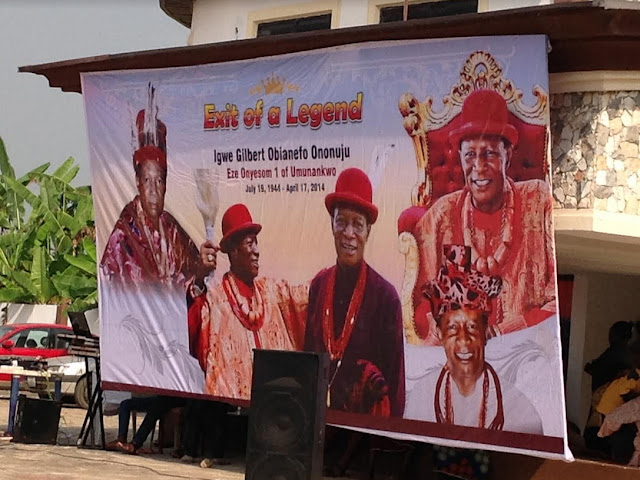 Photo shows one of the huge banners currently in display in front of Igwe Ononuju’s Palace in Umunankwo.

Continue Reading
You may also like...
Related Topics:anambra, igwe ononuju

Policeman Remanded In Prison For Killing Driver Who Refused To Stop At Checkpoint In Ede
Tonto Dikeh Foundation Repairs Roads Leading To Karimajiji, An Abandoned Village In Abuja