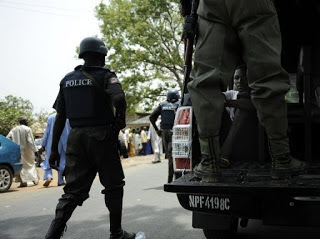 A 48-year-old policeman was today remanded in prison for allegedly killing a driver who refused to stop at a checkpoint on Tuesday the 20th of December 2016.

The accused, Corporal Pius Felix, attached to Awo Police station in Ede Osun state was ordered remanded in prison custody by Osogbo Chief Magistrates Oluwolagba Olubukola for allegedly killing a driver, Micheal Ishola on the aforementioned date after he failed to stop at Ara Junction Police check point in Ede.

According to the Prosecutor in charge of the case, Mr Wilson Mireti, the accused allegedly threatened to shoot his victim if he failed to stop and later did so.

He pleaded not guilty to murder but his plea was rejected.

He has been remanded in prison custody until February 9 2017 when his case will come up for hearing.