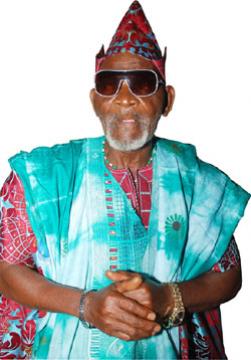 For the past one week, he has been confined to a bed at Ahmadiyya Hospital in Igbado-Ijaiye area of Lagos State Nigeria.

His wife revealed that his condition is very critical but stable.

The juju musician who lost one of his wife to an untimely death few months ago is at the point of death.

Contrary to online reports that the musician have passed away, we can confirm that he is still much alive.

He has however asked his fans to remember him in their prayers.