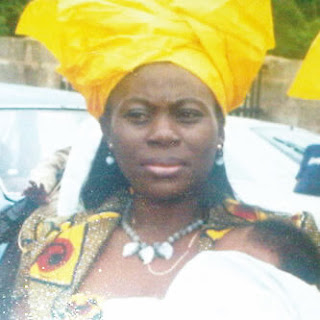 June 6, 2013 – Nigerian Man Who Murdered His Wife To Die By Hanging In Abia State

An Abia State High Court has sentenced a banker, Mr. Theophilus Ajakaiye, to death by hanging for killing his wife, Theodora.

The convict allegedly murdered his wife on October 12, 2009 at Azumini Ndoki in the Ukwa Judicial Division of Abia.

The charge read, “The accused person is charged with one-count of murder contrary to Section 319 (1) of the Criminal Code Vol. 11, Cap. 30 Laws of Eastern Nigeria, 1963, applicable in Abia State.”

Until her death, Theodora was an employee of Guaranty Trust Bank Plc.

The legal battle between the deceased’s family and the accused began soon after the alleged killing until the judgment recently.

The Presiding Judge, Justice T.U. Uzokwe, said in his judgment that having heard from the accused person, learned counsel for the accused and the prosecuting counsel, the offence carried a mandatory sentence which is death.

He said the court had no power to reduce the sentence and that being the case, he had no option but to sentence the accused.

“Suffice it to say that I find the accused guilty as charged and I convict him accordingly.”

The sentence read, “Theophilus Ajakaiye – The sentence of this court upon you is that you be hanged by the neck until you be dead and may the merciful Lord have mercy on your soul.”

In the allocutus, counsel for the accused pleaded for mercy on behalf of his client.

He said, “I thank the court for this well considered judgment. The accused has no criminal record. We plead for mercy. There are two children to the marriage and they have already lost their mother.”

It was learnt that the convict had yet to appeal against the judgment.