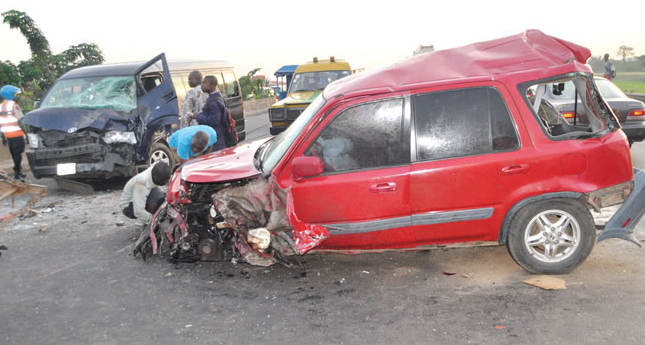 At least one person has been confirmed dead among the five people seriously injured in a ghastly collision that happened at Warewa Long Bridge axis of Lagos Ibadan Expressway yesterday Monday the 28th of November 2016.

FRSC Commandant for Ogun State, Oladele Clement said the collission which happened around 6pm was caused by careless driving.

The injured victims are still receiving treatment in Ojota while the deceased has been deposited in a mortuary.