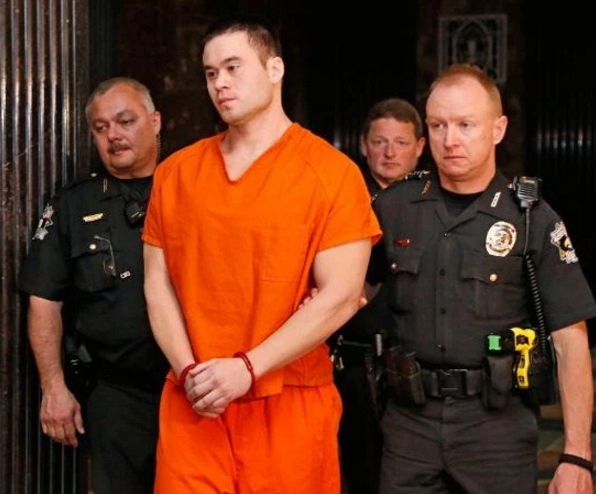 A former Oklahoma police officer who raped and sexually assaulted eight black women in a low-income neighbourhood he patrolled has been sentenced to 263 years in prison.

Daniel Holtzclaw, 29, was convicted last month by an all-white jury on four first-degree rape counts and 14 other charges.

Prosecutors said Holtzclaw, who is half-white and half-Japanese, targeted African-American women while on patrol.

Defence lawyer Scott Adams said his client would appeal.
Holtzclaw was accused of preying on 13 women aged 17 to 57, most of them with police records, on the northeast side of Oklahoma City. 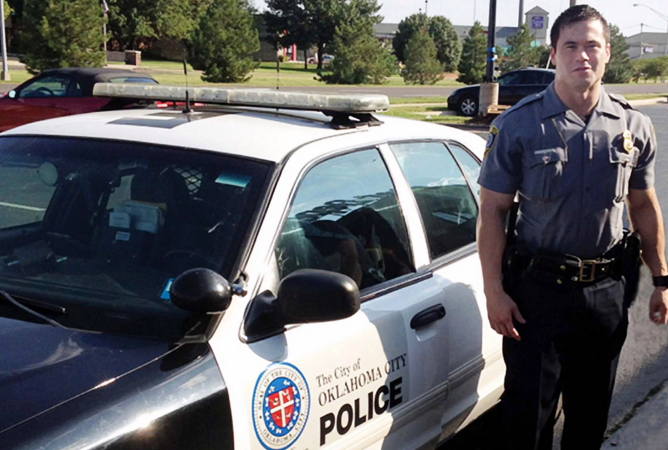 The 6ft 2in former Eastern Michigan University football player would often give them an ultimatum – sex or jail.
A 17-year-old girl testified how he raped her on her mother’s front porch.

A 23-year-old woman told the court he assaulted her while she was handcuffed to a hospital bed, telling her to keep still so her heart monitor wouldn’t activate.

The jury heard from a number of other women who said Holtzclaw sexually assaulted them at their homes or in his police car.

He raped one victim in her own bedroom after telling her: “This is better than the county (jail).”
Holtzclaw often began the assaults under the pretext of checking for drugs.

Most of them did not report the attacks because they didn’t think the authorities would believe them, reports Sky News.

Holtzclaw’s attacks ended after he sexually assaulted a 57-year-old grandmother, Jannie Ligons, during a traffic stop on 18 June 2014.

She immediately reported him to the police.
Holtzclaw was arrested outside his gym in August 2014.

Holtzclaw’s lawyer depicted him as a model officer and questioned the credibility of his accusers.

As he fired he officer in January, Oklahoma City police chief Bill Citty said he had committed “the greatest abuse of police authority” he had come across in nearly four decades of service.

Five of the victims plan to sue the city, an attorney said.