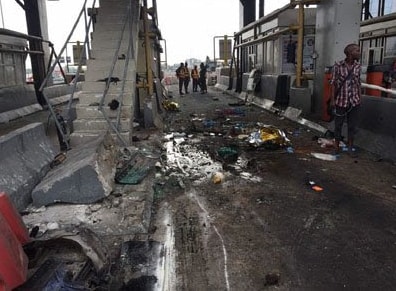 At least 6 persons lost their lives in a series of road accidents that happened in Lagos over the weekend.

The first incident happened at Apogbon area of Lagos Island when a driver rescuing an accident victim was crushed to death on Saturday.

The second crash which happened on Sunday was caused by a drunk driver returning from a night club.

According to eyewitnesses, the Lexus driver drove against traffic and rammed into a fully-loaded 18-seater commercial bus (danfo).

2 persons died on the spot while the conductor and two other passengers died at the hospital.

14 persons were injured in the crash while the driver of the Lexus is said to be unconscious.

The driver of the commercial bus simply identified as Baba Ikimo aka Sarafa was among those who died in the horror crash.

Some hard drugs, a pair of scissors and empty bottles of alcoholic drinks were said to have been found during a search of the Lexus vehicle.

See photos from the scene of the fatal crash 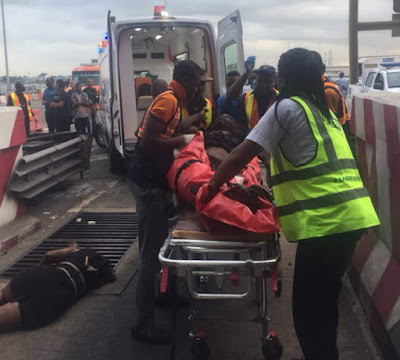 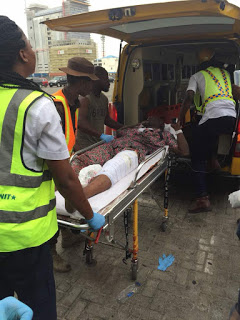 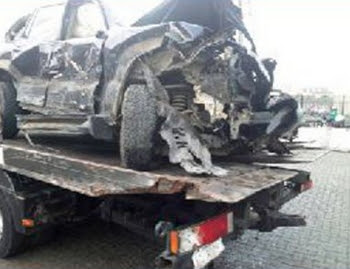 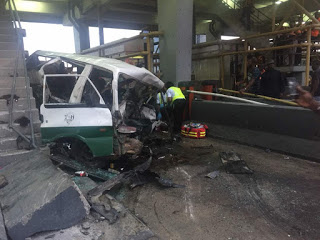