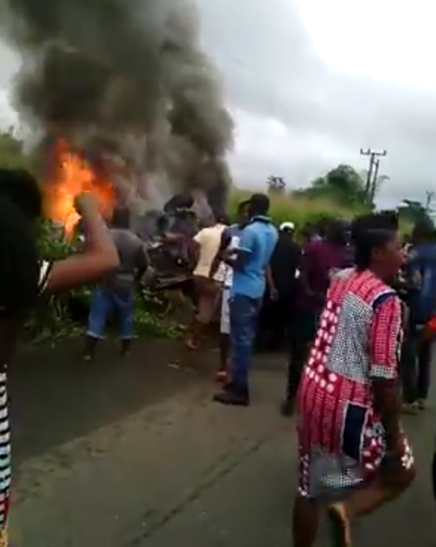 4 persons reportedly lost their lives in Uli town Anambra on Friday. Another witness told NaijaGists.com that the driver was drunk and that 4 people died in the fatal crash.

According to an eyewitness, a commercial bus heading to an unknown destination from Uli town in Anambra state caught fire after the driver of the bus allegedly suffered heart attack on Friday the 18th of August. 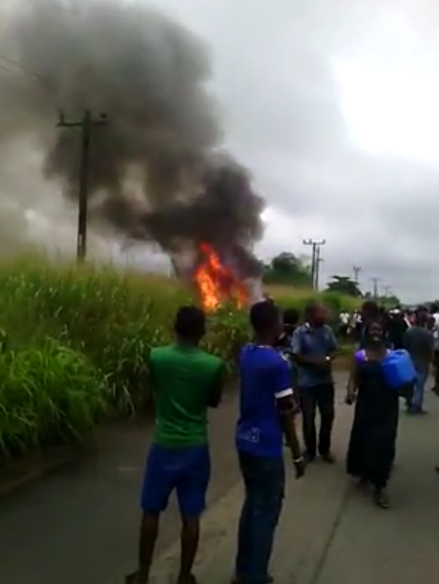 Though two passengers who sat in front of the vehicle reportedly escaped with minor injuries, we learnt 18 others who got trapped in the ill-fated car were burnt to death as no one could rescue them.

The source said the vehicle was still running at the time it caught fire as the driver was already lifeless before the fire started. 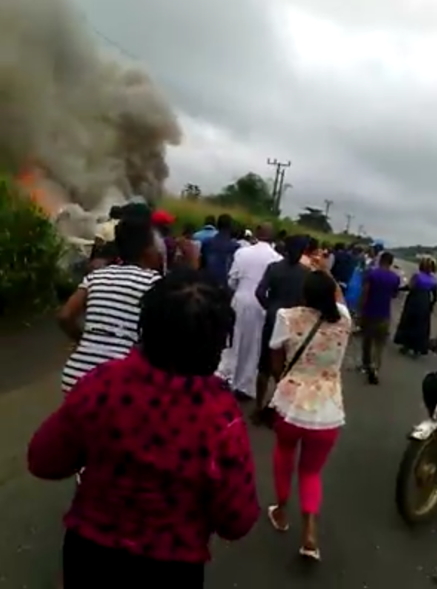 All efforts by eyewitnesses to get help for the trapped victims failed as there was no fire extinguisher to put out the ragging fire. 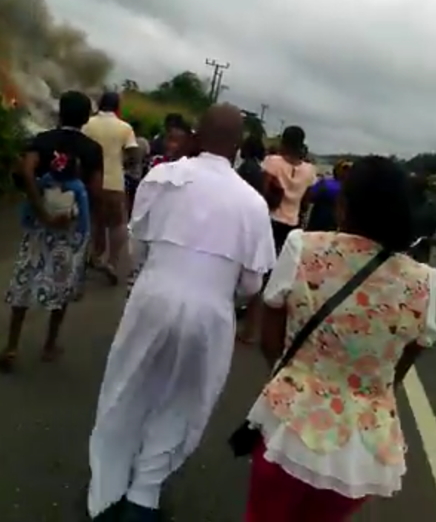 See the video below… VIEWERS DISCRETION IS STRONGLY ADVISED