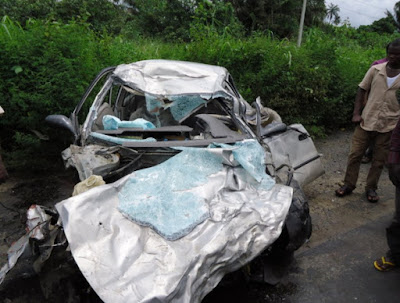 2 different auto crashes occurred in Oyo State along the Oyo-Ogbomoso axis Sunday which reportedly killed about 14 persons and left several others injured.

The 1st accident, which occurred along Iluju-Ikoyi Road, involved a motorcycle and a car. Two people were said to have died on the spot and while a number of others were injured.

The 2nd accident, which occurred at Oolo, along Ogbomoso- Oyo Road, reportedly claimed the lives of 12 people suspected to be traders coming from the northern part of the country to Lagos.

According to an eye witness account, the articulated vehicle, which carried packaged products, veered off the express road due to mechanical fault.

The number of injured people in the accident could not be ascertained as at the time of filling this report, but the bodies of the dead have been deposited at a morgue in an Oyo hospital while those injured were said to be receiving medical attention.