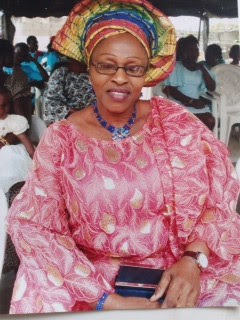 The mystery death of a woman, Funmilayo Adebayo, wife of millionaire businessman, Aare Femi Adebayo, at the University College Hospital (UCH), Ibadan, has caused a legal stir in Ibadan.

2 SAN, Akin Olujinmi and Rotimi Akeredolu have demanded the release of the post-mortem on the body of the late woman within the next seven days.

Fearful, she might have some latent symptoms of cancer following the death of her blood sister Tokuwalade Akinola, last year, Funmilayo, 58, had voluntarily elected to undergo tests at the teaching hospital, but the last state of the test went awry three weeks ago when she passed on in the hospital.

According to her husband, the deceased had driven herself to the hospital in company with her house help, Odunayo, to undergo the last test, having administered some doctor-prescribed water-like liquid content.

The woman was said to have been hale and hearty on Monday January 25, 2016 when she drove to the UCH but after some medical process, she felt serious pain that prompted her to implore the doctors in charge to discontinue the treatment and allow her return home.