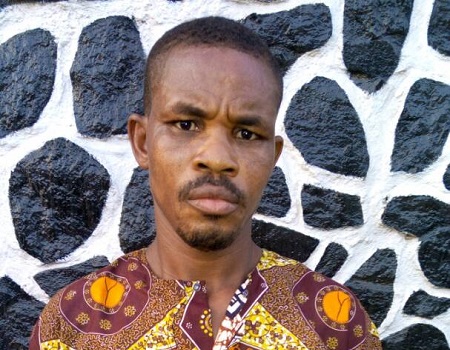 A 41-year-old man identified as Sikiru Odejide has been arrested by the police in Ogun state for raping his 13 year old daughter repeatedly.

Odejide was arrested at Onihale area of IFO Local Government Area of the state by detectives from the Sango Police Station following a complaint from the girl’s mother who has been separated from him some years ago.

In a statement by the Police Public Relations Officers, Abimbola Oyeyemi, he said the mother of the victim reported the matter at the Sango Police station that her daughter came to Ijeshatedo area of Lagos to inform her that the suspect was having steady sex her since December 2016.

Abimbola added that the suspect was also in the habit of threatening his daughter with death if she dares tell anybody about the incestuous act, prompting the little girl to run to her mother when she could no longer endure the frequent sexual abuse.

According to the Police Public Relations Officer, the suspect had owned up to the committing the alleged crime but attributed it to Satan.

Continue Reading
You may also like...
Related Topics:abuse, daughter, Father

Update On Fatal Accident On Ile Ife Ibadan Road In Osun State: 16 Killed As Bus Collides With Tanker
43 Boko Haram Terrorists Who Surrendered In Borno Moved To Gombe For Rehabilitation