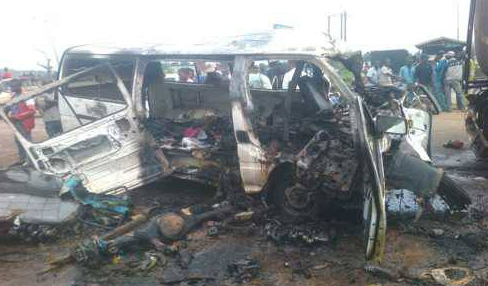 A speeding bus driver heading to Ibadan from Ore in Ondo state today caused the untimely deaths of about 16 people.

The driver of a Toyota Hiase bus reportedly lost control of the vehicle after it collided with a fuel tanker while trying to make a dangerous U-tern along Ife Ibadan road.

Efforts the occupants of the ill-fated bus made to escape the tragedy failed as they got trapped and died on the spot.

Only 3 people survived the incident which happened right in front of the Energy Petrol station.

The survivors were immediately rushed to the Seventh Day Adventist Hospital for treatment. 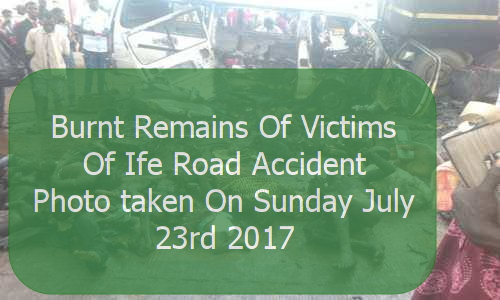 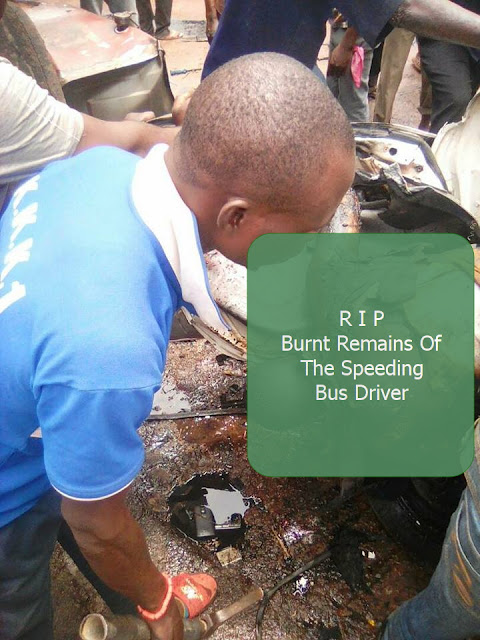