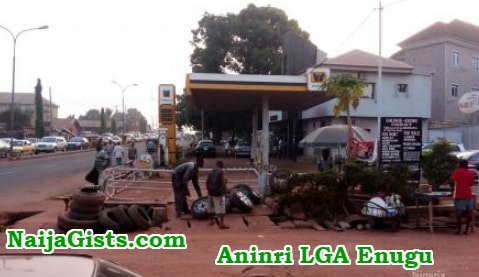 A 61 year old man has been declared wanted for allegedly kiking his son following an argument which turned into a full-blown fight.

The fleeing suspect, Onyenwe Offor Ajah reportedly used a sharp object to hit his son on the head at Ameke Enu village in Oduma area of Aninrin LGA of Enugu state on the 28th of March 2018.

The victim, 38-year-old Kenneth Ajah reportedly became unconscious and was rushed to a nearby  hospital where he was confirmed dead by a doctor.

His body has been deposited at Awgu General Hospital mortuary as police intensify efforts to catch the killer father.