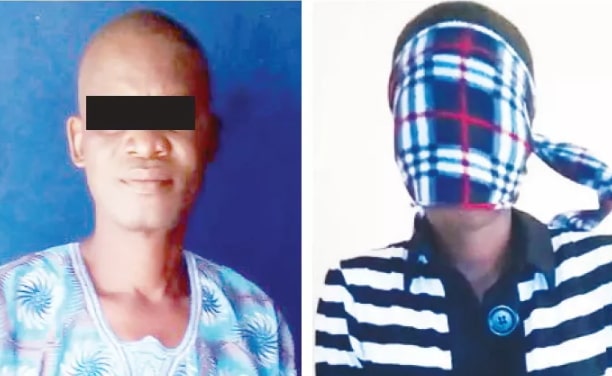 Gabriel is standing trial for sexually molesting his daughters aged 25 and 20 years, and their underage sister at their residence in Oke-Ogbe town, Atura bus stop, Badagry, Lagos, and almost setting ablaze his wife when she reported him to the authorities.

Tope, while being led in evidence by the state counsel, K. A. Momoh-Ayokanbi, said she did not notice the sexual molestation, which according to her, had gone on for a number of years until it was revealed by the youngest daughter.

“I did not know what was going on; it was when he molested my third daughter that I got to know about what was going on and I later heard about the sexual act on my older daughters from people outside.

“When I asked my older daughters about the rumours, they initially denied them; I got to know about the molestation of my third daughter from her teacher, who told me that she saw her (the victim) crying and upon enquiries, she told the teacher that her father was sleeping with her, and when I asked my third daughter about what she told her teacher, she kept mute and was staring at me.

“I confronted my husband; he said that it was a conspiracy against him by our daughters; I told him that a young child could not come up with such allegations against him. Ever since I confronted him, I have had no peace at home; he used to beat and threaten me.

“The last atrocity he committed was that he prevented our third daughter from going for a vigil in the church; she’s a twin and he prevented her from going to church. Our second daughter, who is 20 years old, returned home and met her sister crying, but she did not reveal what was wrong.”

Tope added that following the incident, the third daughter was kept in the custody of their pastor and that Gabriel continued to harass the pastor to release their daughter to him.

“When I got home, I didn’t know that he had a hidden agenda to set me ablaze with petrol. When I alighted from the vehicle, he came out from the bush and started hitting me with a stick.

“I ran to a trader’s kiosk and I noticed that I was soaked in blood; I attempted to call my children on the phone, but he approached me and poured petrol on my body. A bystander rescued me by preventing him from setting me ablaze; I was taken away in a car by the person who helped me who, unknown to me, is a human rights campaigner.

“We went to the Morogbo Police Station and my husband was arrested and transferred to the Agege Police Station. He was thereafter moved to the Kirikiri Prison.

“My daughters were taken to a hospital in Ikeja, where it was confirmed that they had been sexually abused.”

Tope, under cross-examination by Gabriel’s counsel, E. N. Obelu, said the children could not speak up about the molestation because their father had threatened them.

Following Tope’s testimony, the 13-year-old testified against her father but the presiding judge, Justice Sururat Soladoye, ordered everyone in the courtroom gallery to leave, because the witness was underaged.

Following the teenager’s testimony, the case was adjourned till March 7 for the continuation of trial.