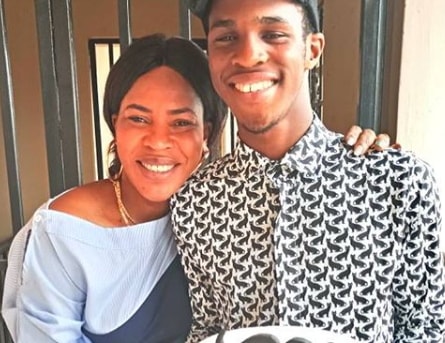 Khalid Balogun, one of the products of Saidi Balogun and Fathia Williams short-lived marriage has sent an indirect message to his father on the social media.

The teenager who recently passed out of school took to his official IG page @thekhalid_ with this message:

“I  love YOU SO MUCH MUM..YOU BEEN THERE FOR ME SINCE THE BEGINNING..U ARE THE ONLY ONE THAT NEVER GOES..I LOVE U MUM…..@faithiawilliams “. 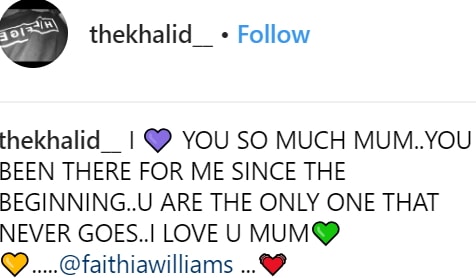 This is a direct swipe at Saidi Balogun who many described as an absentee father to Khalid and his sister, Aaliyah.

Those in the know said Fathia put the interest of her children and their well being ahead of everything else. A source even said she gave up on marriage to concentrate on them.

The source NaijaGists quizzed on Khalid’s shocking statement last night said Saidi Balogun is seen as a stranger even by his own children as he only drops in whenever he feels like or on special occasions where his colleagues will be present in order to make an impression. 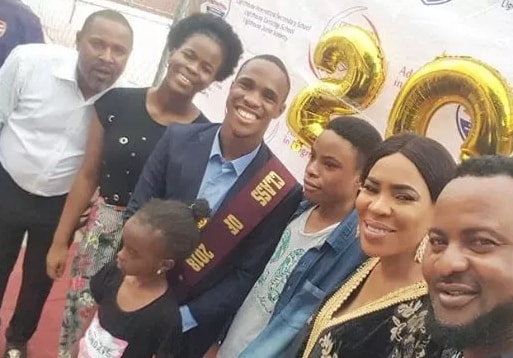 Pictured above in white shirt is Saidi during Khalid graduation ceremony.