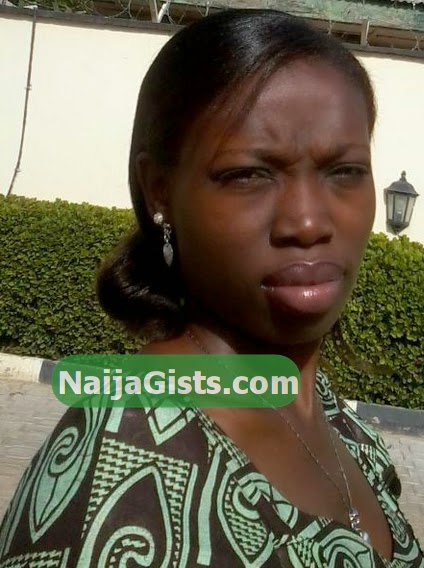 A reporter at Precious FM in Lafia Nasarawa State, Fatima Garga has passed away.

The 36-year-old lady collapsed and died inside her car on Monday.

According to her colleagues, she passed away on Monday evening while processing her travel document to Jerusalem for 2014 pilgrimage.

The deceased was said to have drove her car from the office on Monday to a gas station nearby.

“Garga parked her car and slumped on the steering. It was the continuous blaring of the horn from her car that drew our attention and we rushed out to see what the problem was.

“When we opened the door of her car and saw her in that state, we rushed her to Dalhatu Arah Specialist Hospital where she was confirmed dead. – said an anonymous source at Precious FM

Hear what the GM of the station, Alhaji Musa Abdullahi said about the deceased:

“She returned to Lafia on Sunday after the expiration of her one-month leave in preparation for the 2014 Jerusalem pilgrimage. Garga exchanged pleasantries with almost everybody in the office before she later collapsed on the way to do her documentation for the pilgrimage.

“We have lost one of the most dedicated employees of the station, but God knows better why he took her away, I pray to God she rests in peace.”

“She waved to everyone on her way out not knowing that was the last time we would see her.” – a colleague to the deceased lamented

May her soul RIP.