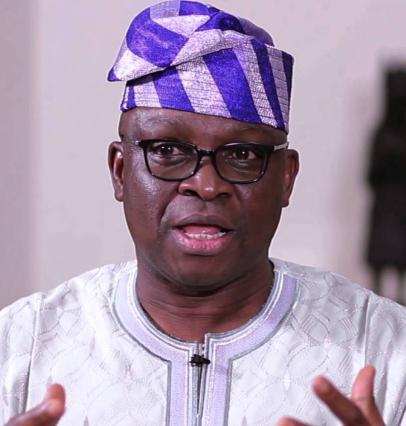 In a press statement signed by his spokesperson yesterday, Ekiti State Governor, Fayose alleged that EFCC is harassing him.

Fayose who claimed innocence of the money laundering charges EFCC levied against him said Zenith Bank Plc funded his election.

“I have no financial transaction whatsoever with the Office of the National Security Adviser (ONSA) under Col Sambo Dasuki (rtd) and former Minister of State for Defence, Senator Musiliu Obanikoro either by cash, cheque or electronic transfer.”

“EFCC is only acting a movie scripted, produced and directed by the All Progressives Congress (APC) government of President Mohammadu Buhari just to silence me being a major opposition voice in the country.”

“The management of Zenith Bank, which mainly funded my election, called me to a meeting where I was assured that fund would be provided for my election. I was asked to nominate a trusted ally to be related with and I nominated Mr Abiodun Agbele.

“Most of the funds posted into Agbele’s account were through the Ibadan, Akure and Lagos branches of the Zenith Bank and sometimes they brought cash.”

“Account opened in a hurry…ID card collected last week since 2014 ????