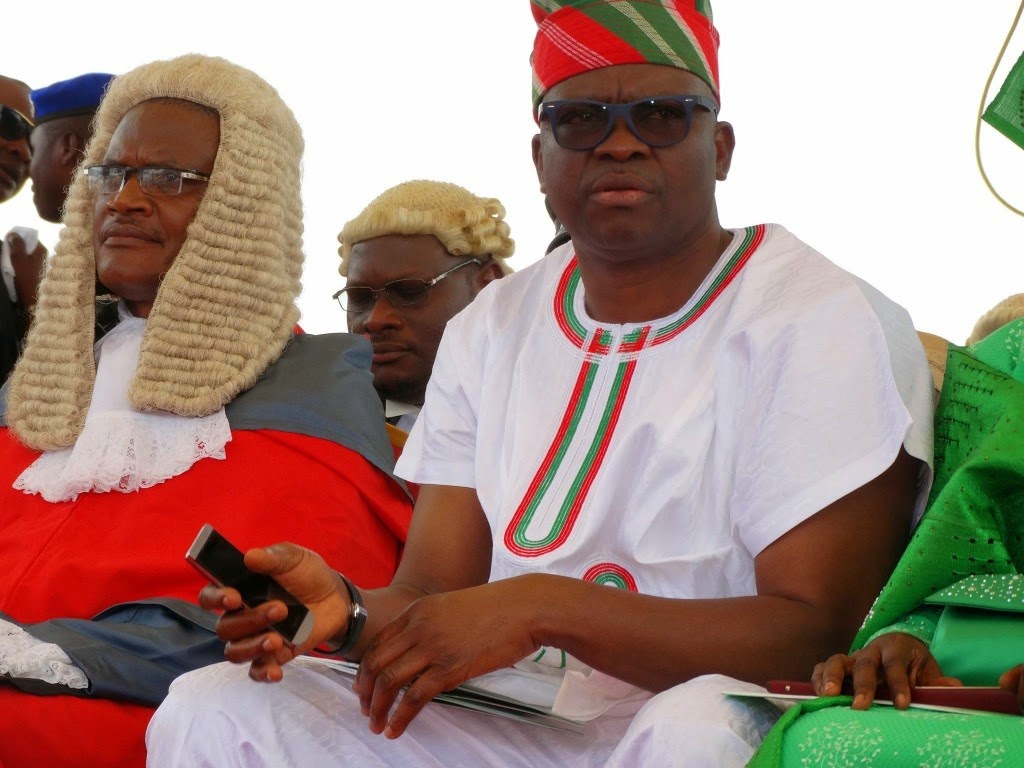 The House Speaker Wale Omirin has served the governor an impeachment notice with a copy sent to his deputy, Olusola Eleka.

However, Fayose has warned the APC lawmakers to stop playing pranks on him, describing the purported impeachment notice as the joke of the century.

In the letter titled Re: Notice of Allegations of Gross Misconduct, the lawmakers listed 8 impeachable offences against the governor.

The offences include impunity, brigandage,stalking and other constitutional breaches like the invasion of House of Assembly with thugs and prevention of 19 APC legislators from performing their duties using armed thugs and security agents.

Other offences listed in the letter include lavish spending of Ekiti state funds without approval and running the government without legally constituted Executive Council in contravention of Section 192(2) of the Federal Republic of Nigeria.

Fayose was also accused of operating illegal 2014 budget as well as sponsoring and instigating illegal sitting of the House in contravention of Section 96(1) of the Constitution.

The governor was given 7 days to respond.