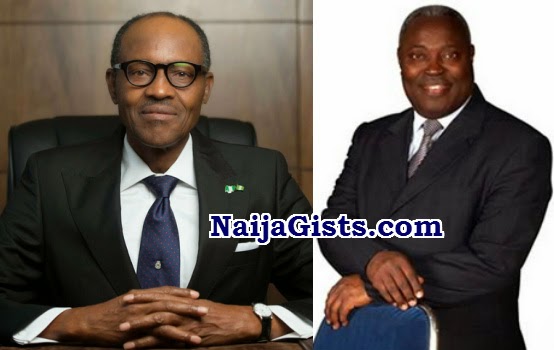 Buhari of the All Progressives Congress defeated Jonathan, the Peoples Democratic Party candidate, at the polls.

On behalf of the General Overseer, the Church Secretary, Pastor Jerry Asemota , during a media conference at the camp grounds of the church in Ogun State, said Jonathan had accomplished his divine purpose for which he was elected in 2011.

Asemota said, “No doubt, President Jonathan had an assignment God wanted him to fulfill. I believe he has fulfilled that assignment and the President-elect also has a specific assignment from God. The prayer of the church is that he too will know the responsibilities God has given to him for Nigeria without any distraction.

“We wish him well and look forward to him getting things done in order to lift this nation beyond the level where we are now. The nation has been plagued by so many difficulties and problems, but we have been praying. That is the responsibility of the church, and God has been answering our prayers.

“We also pray for the President-elect for God to grant him wisdom and understanding to handle the affairs of this nation from May 29.”

The church secretary noted that past elections were conducted with a high level of desperation. He, therefore, described Jonathan’s swift acceptance of defeat as a significant leap for the nation.

According to him, the transition from one democratic dispensation to another will be smooth because there is no acrimony or infighting in the nation.

“The peace in the nation is occasioned by the sacrifice by an individual who decided that he would not go to the tribunal because he considered it unnecessary. That act cleared all the anxieties and anticipation of party members who were worried about what to do next.

He added that the church would encourage Buhari in his self-declared war on corruption and security reforms, by praying for him. He noted, however, that the desired improvement would not happen overnight.