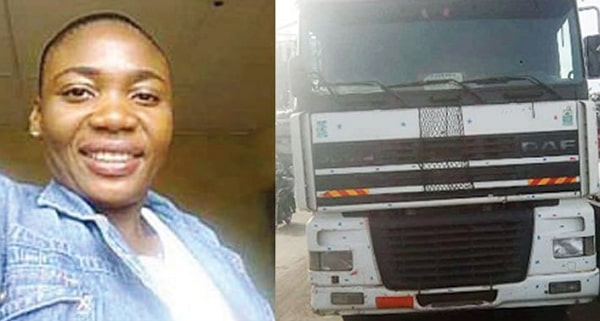 A driver at the weekend killed an official of the Lagos State Traffic Management Authority (LASTMA), Folashade Remilekun Arogundade.

The accident occurred last Saturday in Apapa, around 5pm, when the deceased joined her colleagues and other agencies’ officials to clear the area of trucks and tankers.

Last week, the Presidency issued a directive for the immediate clearance of Apapa Port to decongest the area and rid Apapa roads of gridlock.

A statement last Tuesday by the Senior Special Assistant to the President on Media and Publicity, Office of the Vice-President, Laolu Akande, said the Presidency also ordered trucks and tankers to vacate the port access roads within 72 hours.

The trailer driver, it was learnt, accidentally hit Arogundade while reversing, dragged her to the wall, moved front and crushed her.

The driver, The Nation learnt, ran away immediately he discovered that he had killed the LASTMA official.

She was taken to the General Hospital, Apapa by her colleagues.

There, the doctor said she was “Brought in Dead” (BID).

The remains of the 33-year-old woman have been deposited at the General Hospital Lagos Island mortuary.

The late Arogundade got married to a local government worker two years ago. A source said the marriage was blessed with a baby girl, aged two.

Besides her husband and her daughter, she is also survived by her mother and grandmother.

The trailer has been moved to the Area ‘B’ Police Command, Apapa.

The death of Arogundade has brought to 30, the number of LASTMA officials that have been brutalised since January.

LASTMA General Manager Olawale Musa described the act as callous and carelessness on the part of the driver.

“She was one of our dedicated workers. She was diligent, resourceful and law-abiding. We’ll miss her greatly,” he said.

In a message through the Head of Public Affairs, Mahmud Hassan, Musa described the late Arogundade as one of the hardworking officers of the agency.

Condoling with the family of the deceased, Musa said efforts are being made to arrest the driver, who is at large.

“She was on a lawful duty, trying to clear the mess of the tankers and trucks that have made Apapa a hell for commuters and motorists before she was knocked down by a trailer driver, who did not use his side mirror and did not get someone to help him look at the back,” he said.

He said the late Arogundade was the 30th official of LASTMA brutalised since January and advised motorists to be careful on the road and go for training regularly.

Musa urged them to ensure that their vehicles are properly fixed with necessary things before putting them on the road.

Arogundade’s death, he said, is avoidable.

“If the driver had looked at his side mirror and also got someone to look back for him as his peers do, such an unfortunate incident would have been avoided,” he said.