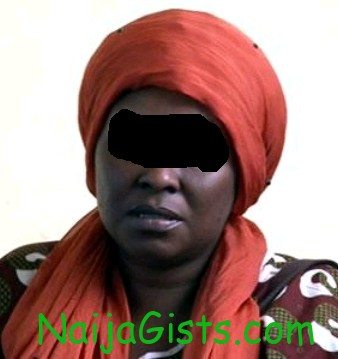 Felicia Ngozi Onuoha a popular female pastor of Naija’s top leading pentecostal church has been arrested and charged with 10-count of impersonation and fraud.

Pastor Felicia Ngozi Onuoha received money from Chukwuma Nnamdi, Patience Damatie and Dike Jude with a promise to help them secure visa to Belarus,France and India and gave out fake visa to them.

Pastor Felicia committed the criminal acts between March 2-11 and May of this year. She impersonated a Deputy Superintendent of the Nigerian Immigration Services while trying to convince her clients to part with their money.

“Sometime in November last year, I wanted to go to Europe so someone introduced me to her as a minister of God who could help me get a visa to Europe and I went to meet her . She promised to help me procure a visa to Belarus and she charged me N530,000. I paid N400,000 almost immediately and she assured me that the processing was not going to exceed three weeks.

“Within two weeks, I was told that the visa was ready and then, I took the balance of N103,000 to her. She delayed me for several weeks before eventually giving me the visa to Belarus. I travelled to Belarus on December 25, 2011 and wasn’t allowed into the country because the Customs officers there said I was in possession of a fake visa. Subsequently, I was taken to Istanbul in Turkey where I passed the night and got back to Nigeria on December 27, 2011. I went to meet her the next day and she had since asked me to forget the incident, promising that she would help me go to France instead and since then she had been deceiving me until I had to get the police involved.

“The major reason all these happened to me was that I was made to believe that she was a minister of God with a big church in Grammar School, Ikorodu.” said anonymous victim

“she had been living outside the country for sometime and was contacted to help people procure visas which she did effectively because the people actually traveled out but the real reason they were sent back is what we don’t know.

“Maybe they did not have genuine reasons for travelling and were stopped at the airport, I can’t say but instead of coming back to meet my client, they went straight to the police. If she had given them fake visas they wouldn’t have traveled in the first place,” said Pastor Felicia’s lawyer.

This is a serious case!