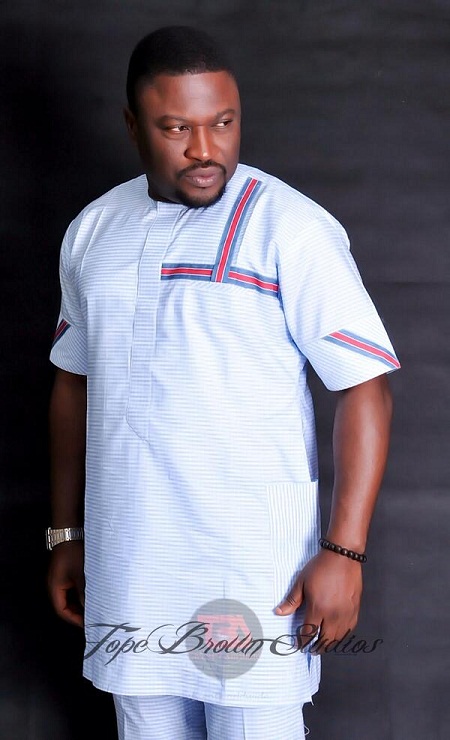 The bulky thespian, who recently fought hard to deny reports that he could not pay his rent, is now enmeshed in another controversy.

This time around, a 32-year-old lady, Olabisi Aberuagba, has alleged that the actor owes her the sum of N130, 000(One hundred and thirty thousand naira), which she lent him in 2012.

In an interview with The Nation, Aberuagba, who was then an employee of a popular hotel in Abeokuta, Ogun State, said: “Femi, who was one of the hotel’s regular customers, happened to run out of money during a film project. I felt pity for him because he had just survived a ghastly motor accident and the said movie project was his only hope of financial uplift.”

However, the show of fellow-feeling was not reciprocated, as Branch has allegedly refused to pay back the debt, contrary to agreement.

Aberuagba further disclosed that she had explored all avenues to make Branch pay back the money to no avail.

“I have pleaded with him to pay back my money, but he has refused. The total money was N180, 000, out of which he paid back N50, 000 in March, 2013, after I had reported him to his pastor. When he stopped picking my calls, I took some policemen to the Muson Centre, Onikan, Lagos, where he was taking part in a stage play on Sunday, October 6, 2013. Though he wrote an undertaking to pay me the following day, he failed again to fulfill his promise.

“In fact, I personally took a letter written by my lawyer to his home at Adigbe in Abeokuta, Ogun State on January 11, 2014. My lawyer had given him a seven-day ultimatum to refund the money, but he has continued to make air promises. He must pay me my money because I am ready to take the matter to any length,” she added.

Late last year when our correspondent sought his reaction on the matter, Branch had promised to pay Aberugba, but he did not. Also, further attempt to get his comment met a brick wall as he refused to answer his calls.

The same thing played out during the week when he refused to pick his calls and even failed to reply to the text the message forwarded to his phone.