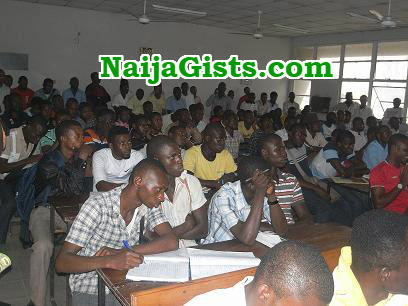 The Petroleum Training Institute (PTI) in Effurun, Delta State, was literally in ecstatic mood penultimate Saturday, because of the Students’ Union Government (SUG) elections. As the results were announced, excitement pervaded the campus; victorious candidates held rallies across faculties to celebrate their triumph.

Tragedy, however, struck amidst the euphoria: a Higher National Diploma (HND) II student, David Anyie Okuta, slumped and died a few hours after he cast his ballots in the SUG elections. Like a thunderbolt, the news hit the campus, casting a pall of grief on the ecstatic atmosphere.

CAMPUSLIFE gathered that shortly after he voted, the late David left the campus for Sapele, joining members of Winners Campus Fellowship on a field trip as part of the fellowship’s handing-over ceremony. When they got to their destination, it was gathered that the deceased complained of cold and started vomiting. He asked to use the toilet, where he was said to have slumped.

In an attempt to save his life, his colleagues rushed him to a hospital in Sapele, but the effort turned out futile when he was pronounced dead.

A member of the fellowship, who pleaded for anonymity, said the late David was not feeling well before he embarked on the trip.

He said: “When he started feeling strange, the late David told me that he needed to return to school. He told me he was not feeling fine and he was placed on drugs. I didn’t ask him the nature of his sickness, because I believed it was not life-threatening. When he realised that he did not have his drugs with him in Sapele, he became nervous. Then, he started vomiting.”

The fellowship’s librarian, Rita Chukwu, HND II Electrical Electronics Engineering student, said: “When we noticed the late David was vomiting, we approached him to know what was wrong with him. We were able to stabilise him for a while. Then, he told us he wanted to go to the toilet. We allowed him. Then, he collapsed in the toilet. We rushed him to the nearby hospital, where he was confirmed dead.”

A source at the hospital where the late David received treatment before embarking on the trip told CAMPUSLIFE that he was treated for heart-related disease.

The late David was said to be the only son of his parents. He was born on July 31, 1991, and hailed from Bekwara Local Government Area of Cross River State.

The late David was buried last Saturday in Ikom, his hometown in Cross River State.