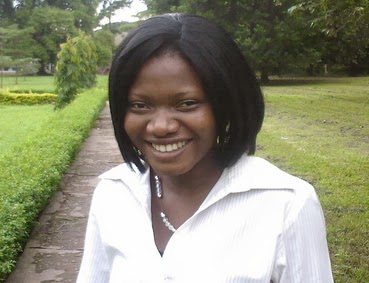 The identity of the lady that was murdered in Ibadan on Wednesday has been revealed.

Her name is Taiwo Omolara Shittu, she is a final year student at the University of Ibadan (UI).

Omolara was found brutally murdered after being raped on Wed, the 19th of February at her sister’s house in Gbagi area of the capital city of Oyo state.

27-year-old Omolara Shittu, a 500 level student at Aquaculture & Fisheries Management department of UI was found lying in a pool of her own blood around 5:30pm by her sister on Wednesday at Opeyemi Street.

Her sister who saw her alive before heading to work in the morning was shocked to meet her blood sister with her pants down (obvious sign of rape) with deep wounds in her head.

The machete used in the murder of Omolara belonged to their gardener.

According to police sources, the gardener identified as Alakia Adenubi has been arrested in connection with the murder.

His case has been transferred to Oyo State Criminal Investigation Department.

Lord have mercy! This world is full of evil people o.

May your soul rest in perfect peace Omolara.