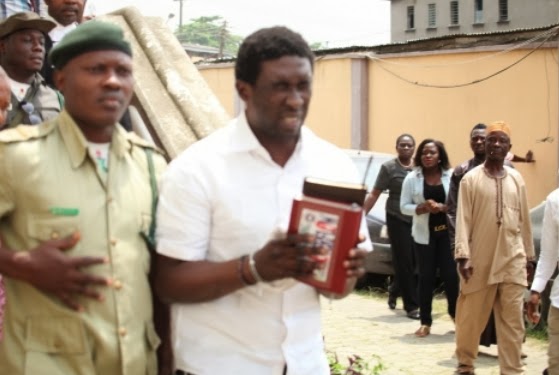 After several years of trial, an Ikeja High Court has sentenced alleged wife killer Akolade Arowolo to death by hanging for the murder of his wife Titilayo, a Skype Bank Staff on the 24th of June, 2011 at their home, No 8, Akindeinde Street, Isolo, Lagos.

The trial which started on July 7, 2011 at Yaba Magistrate court, had 15 witnesses, who testified in support of the prosecution while six persons, including the parents of the convict testified in his defence.

In the judgment that lasted over three hours, the trial judge, Justice Lateefat Okunnu, found Akolade guilty of killing his wife and subsequently sentenced him to death by hanging.

The trial judge held that the prosecution had proven his case beyond reasonable doubts, hence her verdict.

The death sentence was immediately followed by expression of pain and anguish as Akolade shouted: ‘Jesus, My Lord’ and collapsed in the dock.

He later burst into tears, wondering aloud on what fate await his daughter, Olamide.

He also invoked the spirit of his late wife, to come and bail him out. 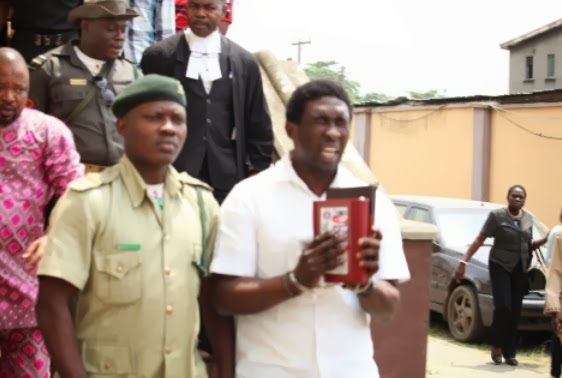 The court, which held that though there was no other person at the scene of the incidence apart from Akolade and his late wife, stated that all evidences given in court pointed to the fact that no other person carried out the gruesome murder of the late banker, except her husband.

Justice Okunnu, who formulated three issues including whether indeed the deceased was dead; whether the accused person was responsible for the killing and whether he carried out the act intentionally, resolved all the issues against the convict.

According to the court, the evidences given by all the prosecution witnesses and that of the accused person, Akolade, showed that the deceased was murdered gruesomely and that the convict carried out the act intentionally.

Justice Okunnu who particularly relied on the evidences of the parents of the deceased, the investigative team and the pathologists, concluded that there was no iota of doubt that Akolade murdered his wife.

Okunnu held, “ The prosecution succeeded in proving its case, the defendant is guilty and you are hereby sentenced to death,” the court pronounced.

Analysing her judgment to establish that Akolade formulated his defence out of the blues to the effect that the deceased stabbed herself to death, the judge held: “No one else gained access into the apartment from when the defendant left on Friday to Sunday when the defendant’s brother went through the neighbour’s ceiling.

“This eliminates any outsider at the material point in time. The doctrine of last seen in law came into fore here. This means that the person last seen bears full responsibility for the death. It supports the proof already before the court. It supports the argument and adds probative value to the prosecution’s case. That shows it was the defendant who killed his wife. [Saturday Sun] 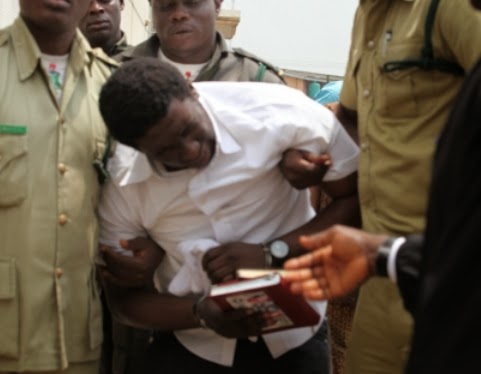 What if Akolade Arowolo is innocent?

Doris Simeon Talks About Marriage Crash, Stella Damasus & Daniel Ademinokan
Ebube Nwagbo Denies She Has Moved In With Kcee “We’re Not Living Together”