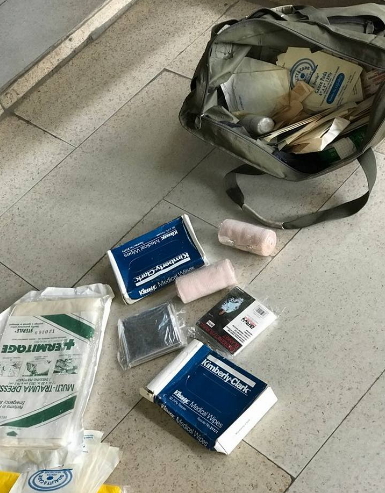 March 24, 2017 – How A First Aid Bag Found By Security Man Triggers Bomb Scare At The US Embassy In Victoria Island Lagos

Pandemonium struck at the US consulate in Lagos yesterday when a suspicious bag was found inside a vehicle.

Workers and visa seekers fled after a security man raised an alarm over a bag found inside a vehicle.

When the news filtered in town,drivers heading to the US Embassy located on Walter Carrington Way in Victoria Island were seen making frantic U-turns.

Anti bomb squad immediately cordoned off the area before investigation revealed that the package was not a bomb.

See the contents of the bag in the photos below 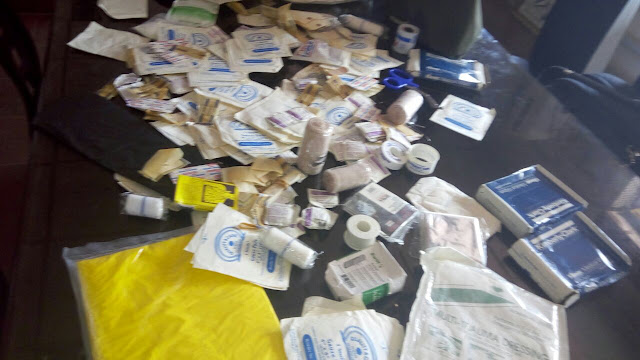